Skip to content
Kenneth Branagh belongs on stage, and he certainly belongs on stage when he’s acting in one of Shakespeare’s plays. The extremely talented thespian (see Hamlet) will star on Broadway alongside Alex Kingston in a production of MacBeth. Branagh has had numerous stints behind the camera (see Thor), but his true craft is that of acting. Now if only I could transport myself back to high school to use his portrayal as a cheat sheet once again (see Hamlet). 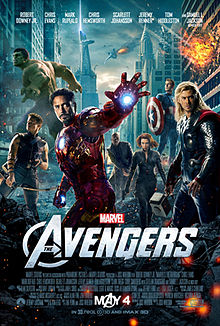 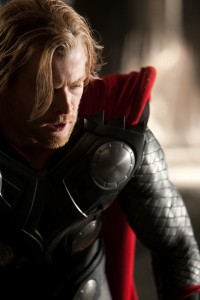 Leave it to Roger Ebert stand firm amidst harsh criticism. In a nutshell, Ebert hated Thor, and the Thor fans attacked him. Instead of apologizing or re-evaluating his review, Ebert explained his points, and as expected, I’m once again flooded with Roger Ebert love. I’ve posted some choice quotes from his non-apology below. Sit back and enjoy it, because no one can engage in a war of the words quite like Roger Ebert.

On Fan Hatred of his Review

After my “Thor” review hit the fan, I was pummeled by outraged comments. A large number cited factual inaccuracies and speculated that I had not seen the movie at all. Some stated that as a fact. One called for me to be fired. Of course I saw the movie. I haven’t spent 44 years at this to start making things up now. I might indeed question how many other movies some of my correspondents have seen, since they confused “Thor” with a good film.

With some films every frame seems to register. Others have a strange quality of slipping wraith-like through my mind without hitting any brain cells. If the robot was named the Destroyer, the best reason for my failure to recall its name was that I just didn’t give a damn.

On His Inaccuracies in describing the film’s plot

Obviously my mistake was to get into the plot at all. One of my weaknesses is to play with the logic of preposterous movies like this. I consider that an amusing exercise, to be read as entertainment and not taken so damned seriously.

On Thor Being a Bad Movie

Does it make a movie “good” because you “like” it? No, it doesn’t, and I have liked a lot of bad movies. It is helpful to separate one’s immediate amusement from more lasting standards. “Thor” is a minor superhero movie with a boring back story and an underwhelming weapon (his hammer). 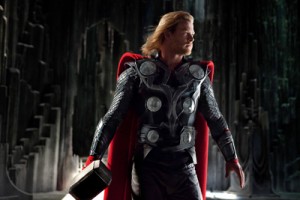 Before I continue, I’d like to confess that I ripped that entire plot off from Wikipedia, because I had absolutely no idea what was going on for the first twenty minutes of the film. That’s either because I have a pea-sized brain, or because I was not familiar with the story before entering the film, and it wasn’t properly executed for comic-book novices such as myself. Regardless, that opening scene was simply too long. The real fun of the film begins when Thor is banished to earth, and he becomes a fish out of water.
END_OF_DOCUMENT_TOKEN_TO_BE_REPLACED

Kat Dennings did not disappoint, serving as the comic relief on film and in person. Because she started off quiet, I thought she might have an attitude problem — but my feelings quickly changed when she was asked her first question. Before responding, she commented on the “phallic” shape of the microphone, which created quite the laugh. She also admitted that she thought no one would ask her anything, and she’d therefore have no choice but to “wing” her answers.
END_OF_DOCUMENT_TOKEN_TO_BE_REPLACED

I must confess that nothing disgusts me more on a man than chizzled muscles. While I don’t want to date a Pillsbury Doughboy, I also don’t want a man with bigger boobs than myself, which often happens with body-builders. So when Kenneth Branaugh expressed his objection to Christian Hemsworth’s excessive body-building for Thor, I had no choice but to post it. Read below:

His costume required a very sculpted shape and at one point he just started getting wider. He was like as wide as Los Angeles at one point and had absolutely no neck left. He had to eat like every three minutes. It seemed like every time I turned around someone was bringing him pasta or a basket of chicken. We ended up getting him back to being a lean, mean fighting machine, and so he was ultimately not too big. He was Thor the God and not Thor the bodybuilder.