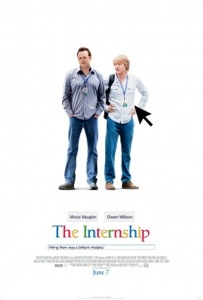 The naysayers know nothing! The Internship is a refreshing reunion of two comedy titans who I’ve longed for since Wedding Crashers. Despite those curmudgeon critics, I went in with an open mind, and I left with all the laughter I looked forward to.

The film follows two laid-off salesman (played by Owen Wilson & Vince Vaughn) who are on a desperate quest for a career change after their day jobs have become dated by the digital age. Their search lands them a lucky internship at Google, where their behind-the-ball antics amidst their much more experienced (and younger) peers result in hilarity.

The sweeping undertones of the film are inspiring, playing into an idea that everyone has something to offer, and no matter what our life trajectory, we can always jump off one train in favor of another. It also helps that the Vaughn/Wilson chemistry is comedically unmatched. I’m relatively certain I could watch a looped documentary of these guys having coffee together and still enjoy it. As for the idea that their digital ignorance is dated, or that the story is a gigantic Google ad, this simply doesn’t concern me. I loved every millisecond of this film — and that’s my only judging criteria. 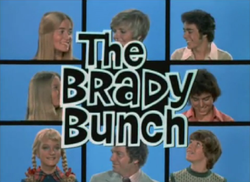 When I first read that Vince Vaughn and CBS were remaking The Brady Bunch, I thought it was a prank. When I realized it was true I scratched my head and thought, “These studios are glorified prostitutes. They’ll do anything for the money.” The new series will focus on Bobby Brady, whose life will basically mirror the joined family element of the original series. To be fair, this is only in the development stages and likely won’t make it into production. Let’s hope so anyhow. 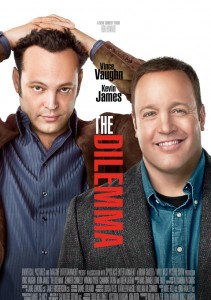