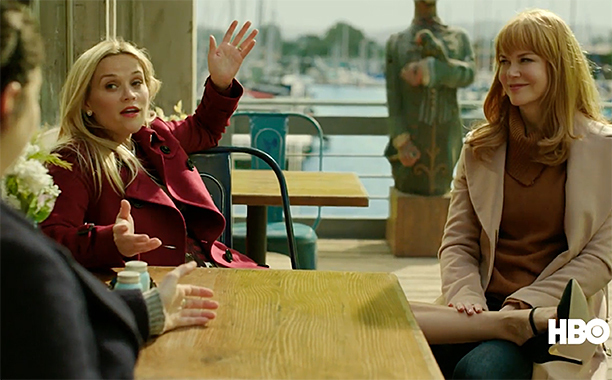 While laying beside her husband and William Morris big-wig agent Jim Toth, Reese Witherspoon complained about the lack of substantial roles for women in Hollywood, and her husband pushed her to make a change. He reminded her that she loves to read, and she has a production company, and she’s perfectly capable of carving her own path. And that she did. What began with Wild, soon became Gone Girl and now . . . Big Little Lies — her best yet.

Big Little Lies proves something very powerful. Women are perfectly capable of leading the pack, and they can do it sans testosterone. In fact, though the men in the story have a minor contribution, they are mere pawns for their female players. Those players include, Reese Witherspoon, Nicole Kidman, Laura Dern, Shailene Woodley, and Zoe Saldana. Nicole plays Celeste, a victim of abuse at the hands of her husband, with whom she can’t seem to leave. Of all the performances, hers is by far the most nuanced, proving once again why Kidman deserves endless praise and also why movie actors should flee to television. Cinema isn’t the same, and this is the role of a lifetime. Reese Witherspoon plays Madeline, an all-too-perfect type A divorcee whose new husband found happiness with her zen-like opposite, and even a sweet new spouse and child of her own can’t contain the scorn. Laura Dern is at her best as Renata. Though Dern has less scenes, she steals them. Her mamma-bear insanity is deliciously alarming. Shailene plays Jane, and I can only imagine that it’s a play on her plain Jane performance. While her dull demeanor was likely intentional, I couldn’t help but think she was punching above her weight beside these powerhouses. Zoe Saldana was also understated as Bonnie, but unlike Shailene, she played well inside her lane.

With a beautiful backdrop of Monterey, captivating characters, and a murder mystery, we’ve got a deeply addictive masterpiece. This could have easily veered into Bad Moms territory and made us say #WhitePeopleProblems, but instead–we identify with these deeply flawed women whose quest for perfection is so penetrable. With each episode, we learn more about their hidden lives, and since I’d like you to watch it, I’ll withhold more details, except to say — that was one hell of a finale. 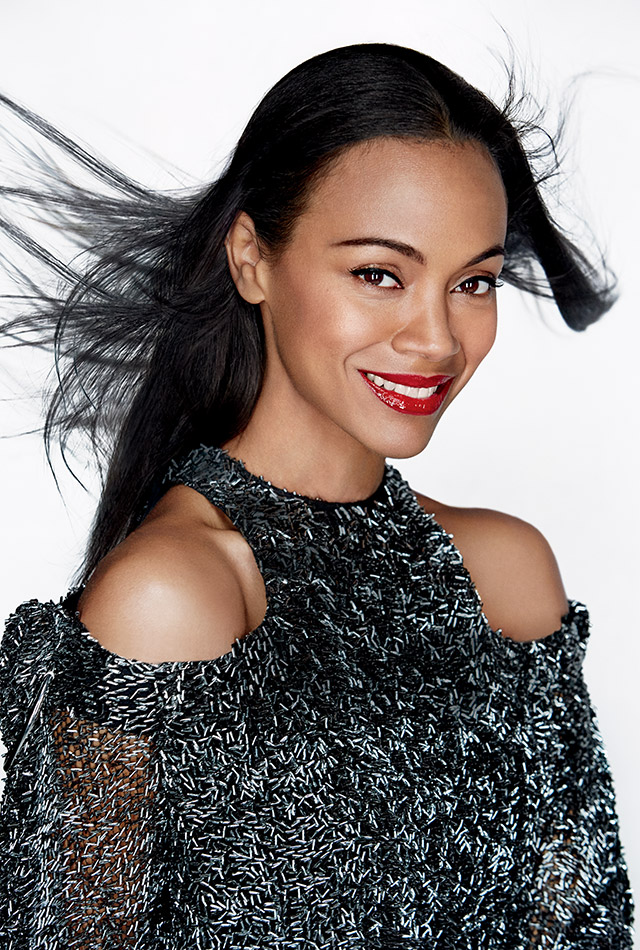 The stars came out for the latest installment of the Star Trek enterprise, and they sure look good (see the very yummy Chris Pine below). The film is set for release May 17. Enjoy the photos from their world travels.
When guest judges appear on Project Runway, I question their credentials, especially when those guest judges are actors and not fashion designers. So when I saw Zoe Saldana, I was immediately skeptical. Surprisingly, she was better than the regular judges, who, to quote Tim Gunn, often seem to be “smoking crack.” Watch her criticism below. 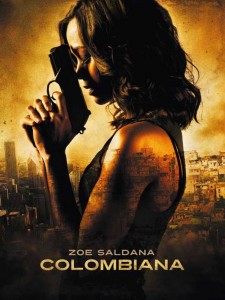 “Co-writer and co-producer Luc Besson tries a new spin on his tried-and-true “La Femme Nikita” formula, but the results are so clumsy and over-the-top that they should have just called the movie “Panty Assassin” and played the whole thing for laughs.” Alonso Duralde very funny movie review of Zoe Saldana’s new film, ‘Columbiana.’