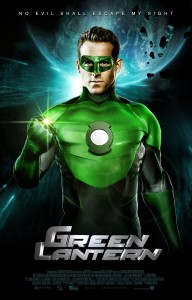 “I’m not the world’s biggest Green Lantern fan, so I aint got bitchin’ rights. But you wait your whole life for a Green Lantern movie and, like, it’s Ryan Reynolds? You’re like, “Oh, man.” It better be genius.” ‘Dogma’ director Kevin Smith on his disappointment with the Green Lantern casting choice.

MTV’s The Real World has been deteriorating for years, and I often wonder if my new hatred for the show has to do with my age.  Perhaps I’m outside their target demographic, and I no longer find drunken fighting endearing?  But just before I sink into a self-loathing depression, I remind myself that I love Jersey Shore!  After all, nothing pleased me more than watching Snooki roll around on the floor in over-sized slippers while trying to punch Angelina in the face.  When Jersey Shore became popular, the cast of The Real World tweeted angry statements about how they weren’t invited to an MTV awards show and the Jersey Shore crew was.  Gee, I wonder why they weren’t invited?   There’s a simple answer here.  The cast of The Real World has sucked since Las Vegas, and no one wants to watch a bunch of soul-less neanderthals clean their toilet with their roommate’s toothbrush.  And I’m not the only person to think this.  The ratings have been steadily declining, and yet MTV is sticking with their ludicrous casting formula. So good luck, Real World.  Your tired franchise can only last so long. 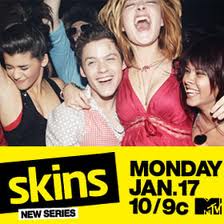 Though I respect creative integrity, I also know a thing or two about our legal system. That being said, it was probably the world’s dumbest idea to cast actual teenagers for Mtv’s new controversial show, Skins. Apparently, the creators wanted to keep the series true to the British version, and that includes casting teenagers to engage in sexually explicit scenes, which may or may not be child pornography. Aside from the ridiculous legal issue, the show just doesn’t work. To help explain my point — I’d like to tell a little story about my childhood. Once upon a time, my father and I went to see an American movie in England. During one of the previews, I noticed a bunch of naked women in the shower, and I figured it was the trailer for some R rated film that was inappropriately placed before PG movie. At the end of the naked shower scene, the camera panned to the naked woman’s wrist, at which point I noticed a very nice looking watch. It was a watch commercial! I was somewhat traumatized — partly because I felt like I was watching porn with my father, and partly because I felt too young to be watching a shower orgy. So what’s my point? The point is that, while something might work for the sexually free England, here in America we are prude. And Skins just doesn’t translate. I tried watching the English version immediately after watching the American version, in hopes that the problem was merely an adaptation issue. Nope. I found the English version equally as offensive and terrible. I’m not sure I’d pull my advertisements from the show, but I certainly watched my first and last episode.

ABC has executed quite the casting massacre for their new show, ‘Edgar Floats.’  Apparently, they believe in the writing, but not the actors.  As a result, they have recast all of the actors from the original pilot with the exception of the either very talented or very lucky, Robert Patrick.  I’m mostly bothered by this because one of my favorite actors, Tom Cavanagh (of ‘Ed’ fame), has been replaced.  The other casualties include: Alicia Witt; Derek Webster; Alex Solowitz; and Raoul Trujillo.  What a bummer.  The show centers around a police psychologist turned bounty hunter.  Only time will tell if this was a smart casting decision.