Paris Hilton seems to be on a dirty-laundry cleanse, only she’s raiding the closets of others and failed to purge her own precarious overflow. Hilton drew attention to an old Sarah Silverman joke aimed at The Simple Life star, in which the comedian referenced Hilton’s then-upcoming jail sentence, saying that in order to make the heiress “feel more comfortable in prison, the guards are going to paint the bars to look like penises.” While I understand the desire to demand an apology (and she succeeded in getting one) given that the joke was based on Hilton’s stolen sex tape recorded sans her permission, I’d like the accountability train to also include Paris Hilton’s racism.

If you’ll indulge me, I’d like to take a trip down memory lane. Paris Hilton has a history of racist, anti-Semitic, bigoted language — none of which was even moderately acknowledged in her This Is Paris documentary, which purported to be a thorough examination of her life. Some might remember that Paris Hilton’s storage locker became public after she failed to pay the fee, and that storage locker included damning videotapes of her repeatedly using the N word in addition to other horrific racist language. Many of the videos have been scrubbed, but some live on and are easily findable.

Journalist Neil Strauss (The Dirt) also documented a troubling encounter with Hilton in his book, Everyone Loves You and Your Dead: Journeys into Fame and Madness. According to Strauss, during an interaction with Hilton, heiress pointed to an unnamed actor in Saving Private Ryan, and said, “We were making out, but then we went somewhere where it was bright and I saw that he was black and made an excuse and left. I can’t stand black guys. I would never touch one. It’s gross.” Hilton denied the alleged interaction and threatened to sue, but I believe Strauss. Her use of the N word in the aforementioned video was far more difficult to deny given we can see it with our own eyes so her then-publicist issued a pathetic statement on her behalf. Here’s what it said:

“I’m not going to make any attempt to spin this. It happened. I’m not going to deny it happened. Each of us has used words we have regretted later. This was six years ago. She was 20 at the time. It was New Year’s Eve. She had been obviously drinking. She sincerely regrets using those words. She is not a racist or an anti-Semite.”

Speaking of anti-Semitic, there are also numerous reports of Paris Hilton taking aim at Jews. I could go on, but I think I’ve made my point. If you’re going to come for Sarah Silverman make sure own house is clean. And if you’re going to make a “documentary” about your life, you sure as sh*t better take ownership of your deplorable behavior. Because I’ve seen that documentary and it should be called — This is NOT Paris.

Sarah Silverman visited Howard Stern for an in-depth interview, and she drew attention to one of my long-standing issues with Hollywood. In the clip below, Silverman points out that Jews either play sidekicks or annoying girlfriends. But when the role is self-realized and courageous, they are played by non-Jews. Her examples include Felicity Jones playing Ruth Bader Ginsburg and Rachel Brosnahan as The Marvelous Mrs. Maisel, the latter of which I’ve long complained is an inaccurate, borderline offensive portrayal of Jewish culture. She also cites Jojo Rabbit saying, “The Jew in the wall isn’t even Jewish.” And don’t get her started on Woody Allen. Watch below. 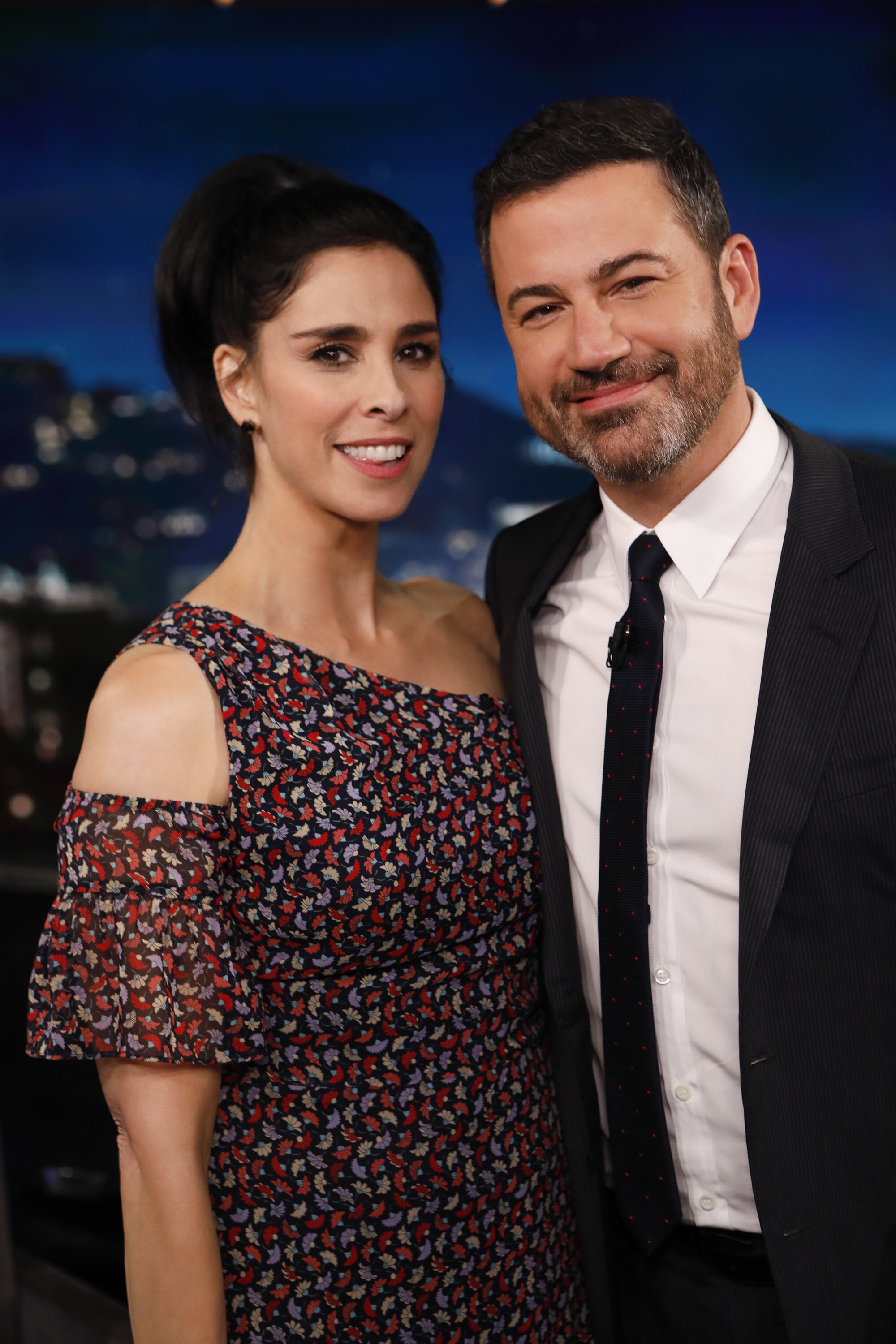 END_OF_DOCUMENT_TOKEN_TO_BE_REPLACED

Jenny McCarthy loved to talk about Jim Carrey while they were together, and she still loves talking about him while they are apart. You would think that when they broke up Jim was done having his relationship splashed across tabloids. McCarthy’s latest confession is that her current fling with James Toohey is the first time she has been “open and truthful” in a relationship. This reminds of Sarah Silverman’s confession that her current boyfriend is the “first guy to tell her she’s pretty,” followed by a subsequent denial that she was taking a dig as Jimmy Kimmel in the press. Is this seriously necessary? You don’t see Jim Carrey doing an Oprah interview discussing how his relationship with Jenny was “no longer fun anymore.”  Do you notice that it’s always the less famous person who spills the relationship secrets?