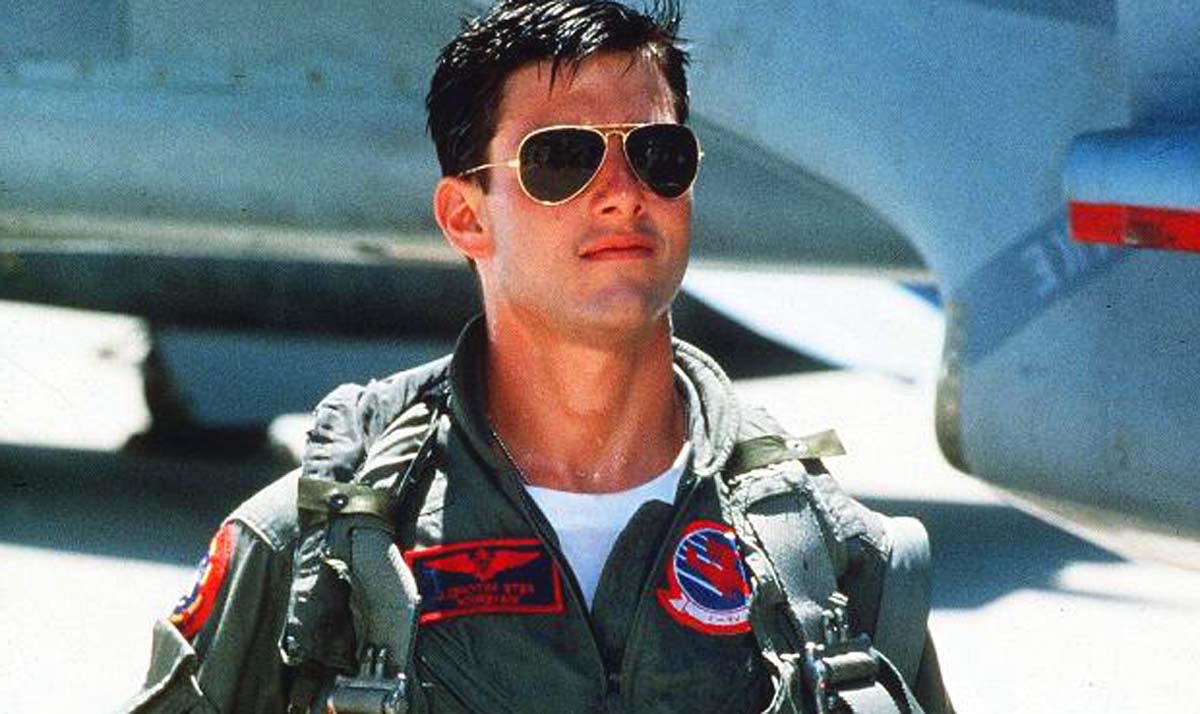 While sporting my sexy Ray-Ban shades I began to date myself with nostalgic thoughts to the days when you could pick up your pair of the iconic sunglasses at the local 7-Eleven for far less than their current market price. So what gives, and when did things change? Well, folks, it all comes down to the Risky Business of marketing.

Here’s a short history lesson for the cool kids who should learn a little history on their favorite, IG-friendly brand. When American test pilot, aviator, and lieutenant in the US Army Corps John Arthur Macready complained of glare from the sun while reaching higher altitudes, he commissioned a solution from John Jacob Bausch and Henry Lomb, a optician and a financier, respectively. What began as goggles morphed into the brand’s classic aviators, which soon hit the market for pilots and airmen. They expanded their designs to Wayfarers and Caravans and once celebrities like Humphrey Bogart and James Dean began to sport the designs, they flew off the shelves (pun intended). Things changed when bigger frames took a fashion hold, and the competition killed Ray-Ban. But the brand got smart, and they paid to be featured in over 60 films, which most notably includes some serious Tom Cruise classics.

Tom Cruise starred in Risky Business in 1983 and throughout the film he can be seen sporting Wayfarers. Though he did not wear them during that legendary underwear scene, that was enough to put him on the map, and the shades entered our consciousness again. And speaking of cool, who could forget Top Gun, when each and every actor wore Ray-Bans? It was the perfect product placement, and the rest is history.

New Orleans fans of Jack Reacher were in for a treat, as the film’s stars walked the red carpet for a special fan screening. See some images from the event below.

Paramount Pictures released the new trailer for Jack Treacher: Never Go Back, and though I’m not a fan of this franchise, I always welcome a Tom Cruise action flick, as we call should. As for this installment, Army Major Susan Turner (Cobie Smulders), who heads Reacher’s old investigative unit, is arrested for Treason, and Reacher bids to prove her innocence and to uncover the truth behind a major government conspiracy involving soldiers who are being killed. This is based on author Lee Child’s 18th novel in the best-selling Jack Reacher series, that has seen 100 million books sold worldwide. Enjoy the silly trailer below. The film opens nationwide on October 21, 2016. 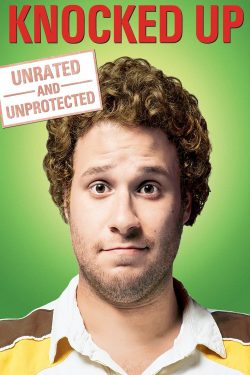 Though Katherine Heigl entered a firestorm for suggesting her character in ‘Knocked Up’ might be sexist, she was onto something. With a nagging wife and a killjoy girlfriend, it would be an understatement to suggest the women in the film were not well-represented. After all, what girl wouldn’t like her soon to be baby-daddy smoking weed all day? Only a shrew, of course. Seth Rogen and Judd Apatow did not take kindly to the criticism of their film, but it appears they got the memo, because in Rogen’s film, ‘Neighbors,’ his on-screen wife was portrayed in a far better, cooler light. In truth, Rogen admits to his real-life wife’s influence, saying, “My wife read the script. She’s a writer. She’s one of the people who was like, ‘This isn’t how it would be. We get along, I want to have fun too…’ And then as we started talking about it, that actually became the most exciting idea of the movie to us. That we could portray a couple where the wife is just as fun-loving and irresponsible as the guy, and they get along really well. In a comedy, that’s almost non-existent. An actual healthy couple that really likes each other.”

One might think a kick-ass woman like Black Widow was invincible, but everyone needs an achilles heel, right? In a bid to live a more normal life, Black Widow makes a play for Bruce Banner during ‘Avengers: Age of Ultron,’ but he’s The Hulk, and there’s no future. Black Widow then gives a speech about her devastating infertility, which was a sad requirement of the job. It didn’t take long for the audience to erupt, objecting to the idea that all a woman really wants is to get married and have babies, even if she can save the world instead. 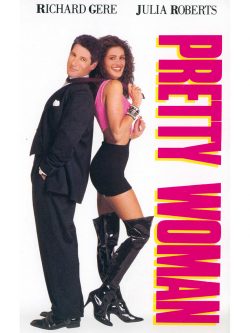 Do women need to be rescued? ‘Pretty Woman’ is timeless, which may or may not be concerning. It’s a classic Cinderella story, and it’s about time the roles were reversed, especially in an economy where women are increasingly more successful. Plus, what’s so wrong with prostitution? It’s the oldest profession there is (that’s a joke . . . . sort of). 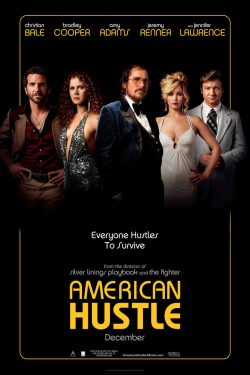 Though the movie itself might not be sexist, the Sony hacks revealed sexism behind-the-scenes when the public learned that the leading women in ‘American Hustle’ were paid less than their male counterparts. When Jennifer Lawrence addressed her sub-par salary in comparison to Bradley Cooper, she started a national conversation and other actresses spoke up on her behalf with similar stories. 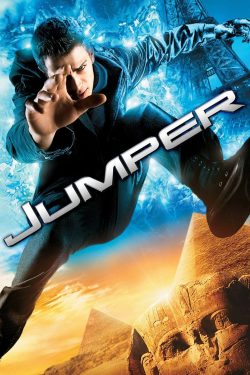 ‘Jumper’ might be responsible for the enduring, off-screen romance between Hayden Christensen and Rachel Bilson, but the under-performing action film fell short for its female lead, who was completely helpless throughout most of the movie. If only the writers could have jumped to the future to see Rebecca Ferguson kick some serious ass in ‘Mission Impossible – Rogue Nation.’

SEX AND THE CITY 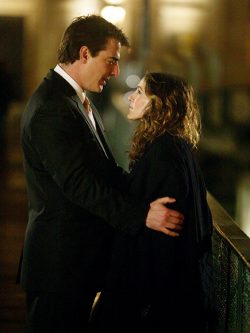 ‘Sex and the City’ became famous for it’s anti-establishment view of single women, proving that there’s more to a woman’s goals than finding a man and having babies. But when Carrie finally landed the man of her dreams in the end, the show bowed to convention for the sake of its Mr. Big storyline. 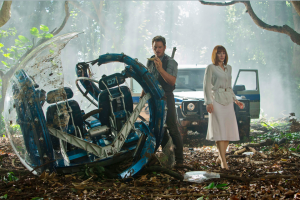 Who says a woman can’t outrun a dinosaur in heels? ‘Jurassic World’ received serious criticism for his portrayal of Bryce Dallas Howard’s character, whose incompetence was only surpassed by a strange desire to run around in heels throughout the film. Dallas Howard defended the decision, saying, “This character needed to seem ill-equipped to be in the jungle. She was somebody who looks like she belongs in a corporate environment for a reason because she was someone who was disconnected from the animals and disconnected from that reality and disconnected from herself. She doesn’t at all expect that she’s going to be tromping through the jungle.” As for the director, he insists that we don’t need to “to surrender a woman’s femininity in order for her to be a badass action hero.” I need not reiterate the Rebecca Ferguson point previously mentioned, as she was both feminine AND a badass. 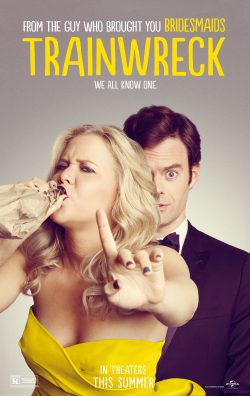 While many might tout ‘Trainwreck’ as a movie about an empowered woman taking ownership of her sexuality, Amy Schumer’s character was no Samantha Jones. Schumer didn’t help matters much on her press tour when she said the lead was acting out sexually because she was “in pain.” Does a woman really need a reason to get laid, and does an excessive amount of partners mean she’s “broken?” The ending felt like a standard romcom rescue rather than a woman’s struggle to give up her fun life for monogamy.

Gwen Stefani said the last years of her marriage to Gavin Rossdale were  “hard.” Entertainment Tonight

Is Tom Cruise pissed at Katie Holmes for her Scientology apology to Leah Remini? Starpulse

Burt Reynolds called Sally Field “the one that got away.” Cinema Blend

Kylie Jenner and Tyga kissed in public for the first time. TMZ

Eddie Murphy is on his way to child #9. LA Times

Howard Stern’s daughter had some interesting things to say about him. NYP

Heather Morris is having a baby boy. Wet Paint 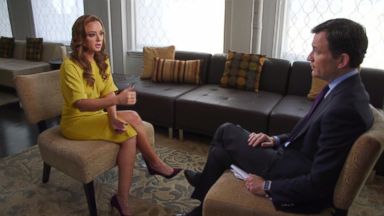 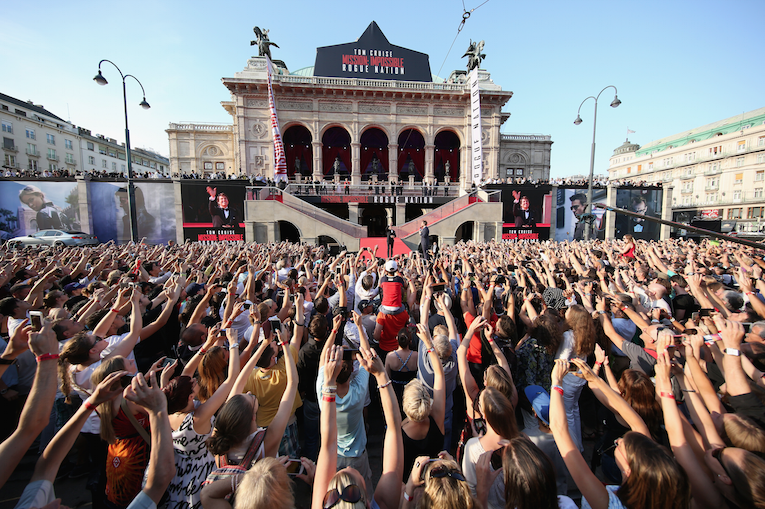 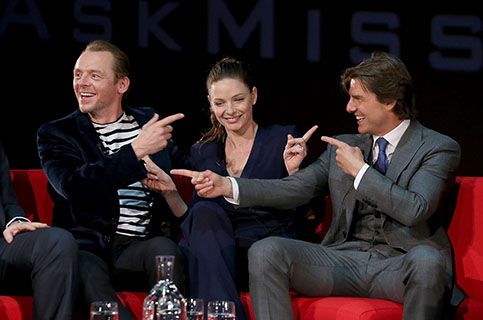