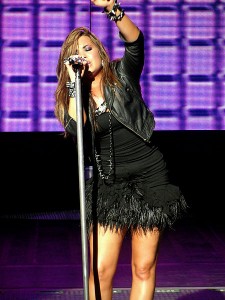 I’ve been vocal about my aversion to unnecessary twitter revelations, but I’ll make an exception for Demi Lovato, who has been extremely vocal about her body image issues.  In fact, Lovato recently went to rehab for such issues, and apparently — the rehab worked.  Nothing says fully healed like showing the entire world what you look like in a bikini. Though I’ve never had an eating disorder myself, that doesn’t mean I don’t make a valiant attempt to walk out of every room backwards.  In fact, it’s a personal rule to only wear a bikini in foreign countries.  So Good job, Demi — can I get the name of your therapist? To see her rockin’ bikini body, click the link below. 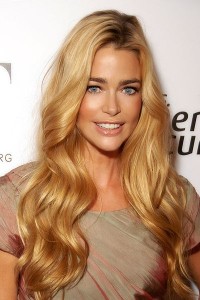 Denise Richards appeared on Howard Stern just in time for him to ask about Charlie Sheen’s recent hospitalization and alleged cocaine use.  Unfortunately, the news broke about two minutes before Richards arrived, and I’m not sure if Stern got word in time for the interview.  Translation? — He didn’t ask.  However, he did ask why they were in New York together with the kids, and Richards said she took their daughters on their first trip to The Big Apple, and Sheen wanted to join.  She also revealed that she told Sheen he should “remain single forever,” but she sees him ignoring her advice and getting married again.  Another very funny admission is that her lawyers suggested counseling with Sheen prior to divorcing, and the therapist dropped them as a couple because “there was nothing she could do for them.” She also confessed that she’s going to ask a therapist how to have a sit-down discussion with her daughters when their old enough to understand her “interesting life.”  I actually hated Denise Richards before she started to appear on Howard Stern.  Who would have thought that Howard Stern could clean up your image?

UPDATE: Charlie Sheen is officially headed back to rehab.  If only that interview happened a few hours later.