Forgive me for minimizing Kevin Hart’s Oscar debacle with a petty analogy, but the man reminds me of every guy I’ve ever dated who is allergic to apologizing. So allergic in fact that he says things like, “I’m sorry IF I offended you,” or “How many times are you going to mention the same thing. I’ve already apologized.” Lastly, “Can’t we just focus on the future, not the past?” When combined with fame, social media, and the a rightfully offended LGBTQ+ community, it gets even worse.

END_OF_DOCUMENT_TOKEN_TO_BE_REPLACED 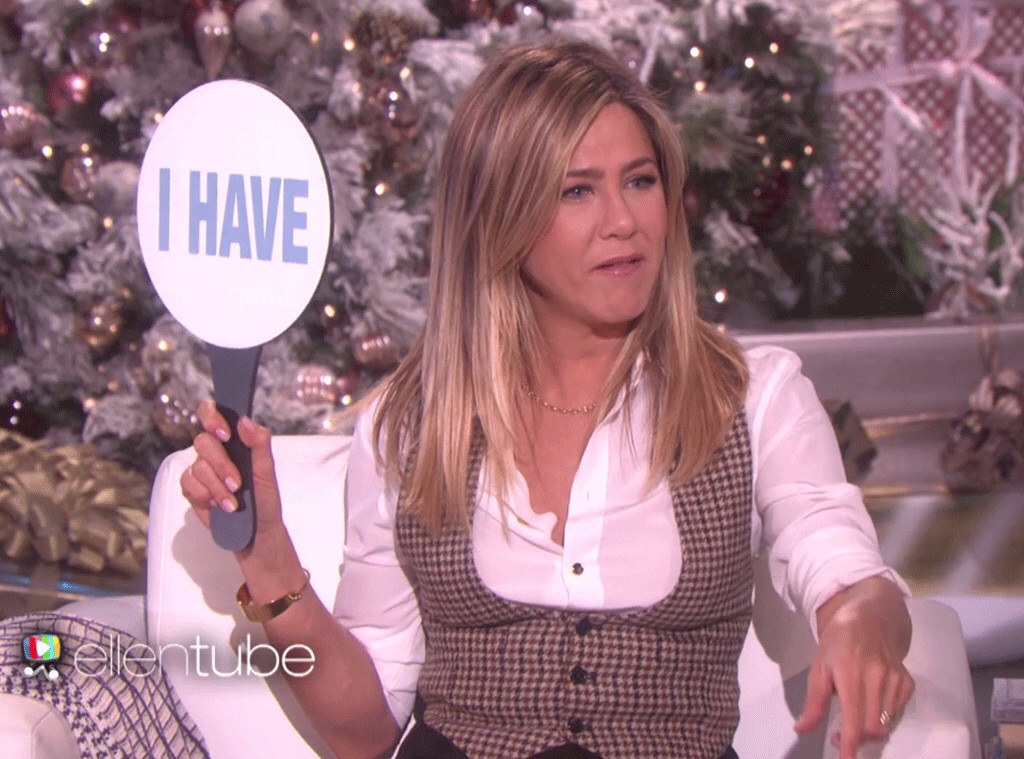 If you thought Brad Pitt traded up, think again. One might think he exchanged a girl-next-door ‘Friends’ star for a seductive villainess, but Jennifer Aniston’s appearance on Ellen proves that Pitt’s luck on airplanes might have looked much different had he stayed with America’s sweetheart. Aniston revealed that she’s had sex in the cockpit of an airplane with the pilot, proving that private planes come with multiple benefits that us standard civilians don’t get to reap. Watch below for the funny revelation. 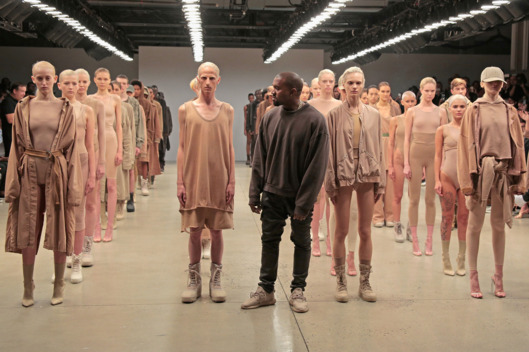 Kanye West is an extremely talented musician, but I simply cannot make sense of his insatiable need to conquer all creative mediums. It would be too obvious to talk about the narcissism surrounding his appeal to change the world with more resources. He’s already rich, and if he can’t make a business out of his existing income absent investors, then maybe his dreams are far too big, or his execution is far too weak. Perhaps he can use his capital for charity to “make a difference” rather than a weak fashion line with boring bodycon, tonal spandex. In a new interview with Ellen, he was provoked into another ridiculous rant which only received a clap when he discussed removing bullying, which is in no way part of any actual plan. What’s next? Standing on a mountain top to promote world peace? Also, if you’re going to discuss your inspirational geniuses, think of something more original than Walt Disney, Steve Jobs, and Picasso. 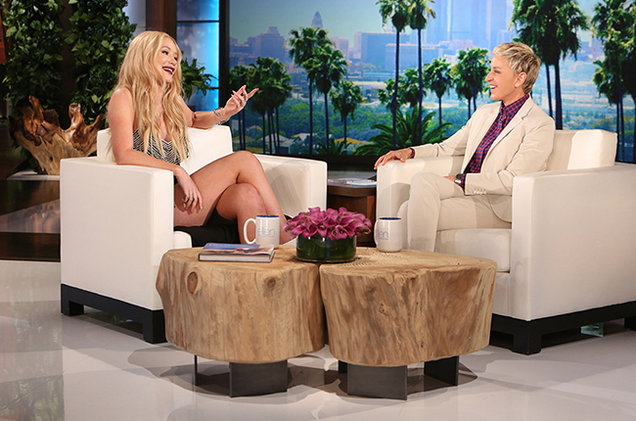 If I were advising Iggy Azalea in any PR related capacity, I’d tell her to only do interviews, because she is far more likable on television than she is on twitter, which has landed her in some serious hot water in rant-related posts of the past. While recently visiting Ellen, Azalea addressed the buzz about her relationship with Nick Young, who is rumored to have cheated on her after a video came to light of an alleged confession via his disloyal teammate. I saw said video (yes, I’m ashamed), and it’s not quite clear from its content that it’s an admission of guilt. Furthermore, when a private video becomes public, it’s no one’s business, and Azalea should not be forced to comment in any capacity. Having said that, she handled the inquiry with grace and just the right amount of evasion. And kudos to the singer for copping to her plastic surgery. As for Ellen, it’s time for the host to drop the “I don’t read the tabloids, but I’m going to ask you a tabloid-related question that my team reluctantly fed to me” act. If you’re against rag mags, then don’t ask rag-mag related questions. Because that means you’re either unprepared for your job or a gigantic hypocrite.

In a classic game of “never have I ever” Madonna and Justin Bieber revealed more than meets the mind. Watch as the two future lovebirds confess their most scintillating secrets during a spicy sit-down with Ellen DeGeneres. Despite Justin’s anti-establishment antics, no one tops the Queen. 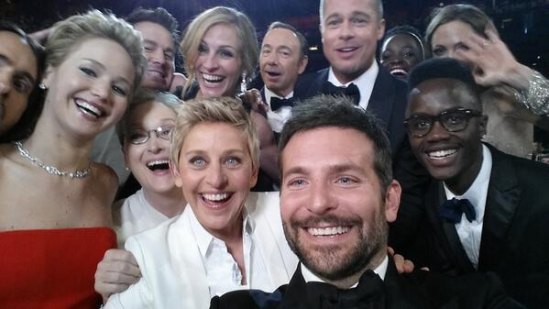 In an effort to integrate new media into her hosting duties, Ellen DeGeneres came up with a brilliant idea to tweet a selfie with her fellow A-Listers in hopes of breaking President Obama’s retweet record. She not only succeeded, she broke the social networking site for about twenty minutes straight. Silly me, I reset my phone thinking I was the problem. As it turns out, Ellen was. 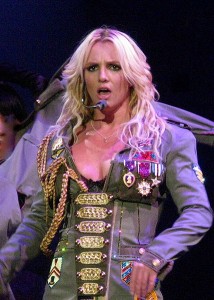 While I appreciate honestly, I’m not certain this was necessary. When asked by Ellen DeGeneres about Britney Spears, Cowell confessed to nixing her contract, saying, “I didn’t realize that. I kind of booked someone who couldn’t talk, which is a bit of a problem when you want someone to judge.” He went on to explain that Spears was generally uncomfortable with the entire process, disliking the overall negativity associated with the talent competition. I supposed there’s a lesson to be learned here. Perhaps producers should focus less on stunt casting and more on judging. And since The Voice, X Factor, and American Idol have yet to produce a huge star in years, it’s also possible the format is dying.
If you’re curious about the motivation behind Ellen DeGeneres’ on-air kiss-ass session with Bethenny Frankel, wonder no more! Ellen is the executive producer behind Bethenny’s new daytime talk show. In case you missed it, Bethenny has made the press rounds bashing her ex in a bid to save face a midst the breakdown of her ‘Bethenny Ever After’ enterprise. Though I understand the PR move, I’m generally opposed to a using the media for a vitriolic post-nuptial throw-down. Watch the trailer for her new show below. 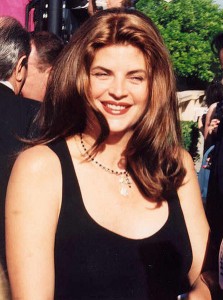 Call me a bad lay — but nothing sounds less enticing than the idea of having sex for two hours straight. So is Kirstie Alley better in bed, or does she just have a lot of time on her hands? She sure does make for a great interview, though. Click below to watch her discuss these sexcapades on Ellen DeGeneres.

Am I the only person on the planet that doesn’t think Christina Aguilera’s Super Bowl flub is a big deal? Yes, she forgot the words to an extremely important song on an extremely important day, but judging from the media’s reaction and her subsequent apologies, you’d think she threatened national security. Click the link below to watch her discuss the incident, yet again, on Ellen DeGeneres.