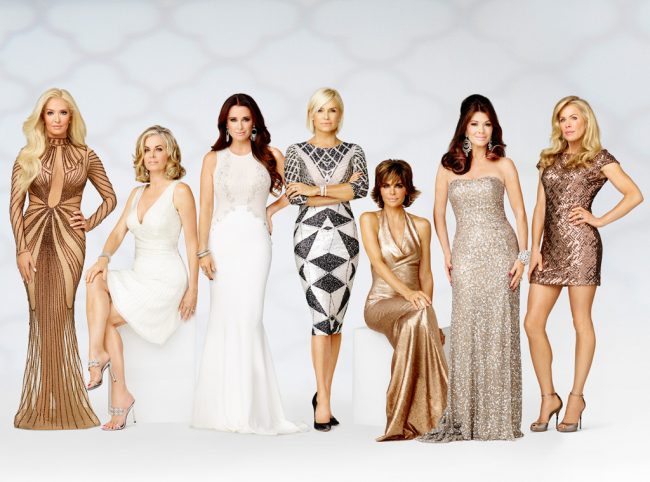 The ‘Real Housewives’ have always bordered on bullying, but when Brandi Glanville returned to the reunion via video, things took a wrong turn fast. Glanville individually bashed each Housewife in a roast format, which would ordinarily be entertaining, except for the fact that she is not in fact a comedian. It instead seemed like a poorly planned plant on the part of the producers to stir things up, and if that’s what you want, then you should not have fired Brandi in the first place. Watch below to see the cringe-worthy monologue.

END_OF_DOCUMENT_TOKEN_TO_BE_REPLACED 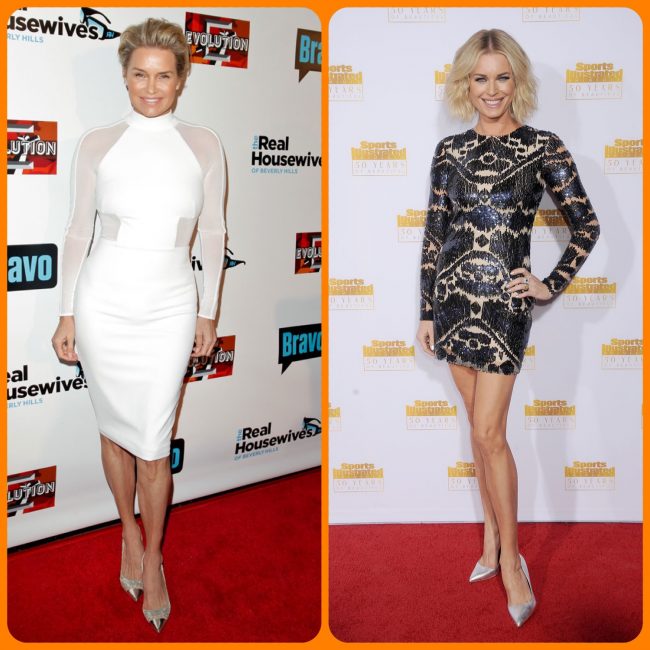 After listening to Rebecca Romijn’s recent rant about Kendall Jenner and Gigi Hadid not being true supermodels, it suddenly occurred to me that the former model and Mrs. John Stamos missed her calling as a co-host of ‘The View.’ When asked for her opinion on the rise of social media supermodels during an interview with Entertainment Tonight, Romijn said:

No one has proven yet that numbers of followers translates to revenue. So it is frustrating. I know a lot of people — legitimate fashion people — can’t stand it. Hate it that these, you know, social media stars are now the supermodels in fashion. They are not true supermodels. And the thing is, I have always looked to Vogue magazine to lead the way, not be a follower. I rely on Vogue to set the standard, not follow what everybody else is doing. So I have been disappointed that fashion magazines have been supporting this trend of social media stars to set our style standards. But it will change; fashion always does. “

Needless to say, Mama bear and current cast member of ‘The Real Housewives of Beverly Hills,’ Yolanda Foster, responded harshly, saying, “They accomplished more at half your age in the fashion industry.” So is anyone right, and is it even worth the ruffled feathers? For starters, nepotism and connections run just about every industry, especially Hollywood. Without it, we wouldn’t have Drew Barrymore, Kiefer Sutherland, Michael Douglas, George Clooney, Anderson Cooper, Jane Fonda, Angelica Huston, Gwyneth Paltrow, Robert Downey Jr., etc . . . In fact, from my limited armchair experience, all of my inner circle (outside of Tinseltown) landed their jobs through connections. But connections are only the first step in a long list of qualifications, and they would go nowhere without natural talent and dedicated work ethic. I’d give a list of many connected people in the industry that have failed to prove that point, but it would not be kind to do so. Rebecca does; however, makes a larger point worth nothing. Just because one has a flurry of followers, does not mean their presence alone will push purchases. It also is a slightly lazy choice on the part of the fashion industry, who is using the public to field their stars, rather than finding them on their own. If the vetting process starts with social media rather than an innate ability to scope talent, then you’re going to miss a lot of potential powerhouses. And that goes with any industry. Also, does their focus on their personal life cloud the consumer? Does it become more about the person than the collection? It’s certainly worth exploring, and I find it refreshing that Rebecca actually gave her true opinion, completely unafraid of the backlash. If we focus too much on politically correct talking points we will all be a bunch of robots.

This can’t-miss clip represents all the Real Housewives, whose fashion choices are consistently questionable. From Lisa Vanderpump’s pink-on-pink color-clashing, to Kyle Richards’ everything-must-match moments, these ladies have an anti-luxe overload. Watch Vicky Gunvalson’s hilarious description of Gretchen Rossi’s “trench coat/dress.”
This clip made me laugh very hard, and it’s only fair to share it. To see the most romantic marriage-proposal conversation in history, watch Gretchen Rossi tongue-lash Slade Smiley for even considering such an affront.
There’s a little game we used to play in law school called, “How to Spot the Liar.” I put my developed skills to use while watching Melissa Gorga and Kathy Wakile make a failed response on ‘The View’ to Theresa Giudice’s claim that they joined ‘The Real Housewives of New Jersey’ behind her back. When confronted with Theresa’s accusation, Melissa simply said it wasn’t true and Theresa uses that “as a crutch.” When further pressed by the panel, it became very clear Theresa was right. They didn’t disclose the contract negotiations and only told Theresa when they signed on the dotted line. In short, that means they kept a secret. Watch below.
“You know, [my husband] Joel [Madden] barely speaks all day, and then out of nowhere he has 9 million things to say, only for 30 minutes, from 9:00 to 9:30 P.M., when I’m watching Real Housewives.” Nicole Richie, on her husband’s very annoying habit of interrupting her reality-television-time.
Lindsay Lohan received a lot of criticism for her Saturday Night Live hosting job, but there’s one sketch that’s worth mentioning. There’s no need for me tell you why “The Real Housewives of Disney” was so great, just watch below and judge for yourself. I imagine that if Disney characters were real, that’s exactly how they would actually behave.

I had the pleasure last night of putting on my “real reporter” hat to attend Taylor Armstrong & Dana Wilkey’s fundraiser to support the 1736 Family Crisis Center. Aside from the obvious points about their philanthropy, I’d like to take this moment to point out how good these Real Housewives look in person. I realize that’s a superficial take on an important evening, but The Dishmaster is admittedly superficial — and I simply couldn’t help myself. Seriously though — it was a great night with some very kind ladies. Armstrong gave a brief speech at the event, joking that the tabloids have done a good job of explaining why she’s involved. Because I’m music-obsessed, my favorite part of the evening came from X Factor finalist Drew Ryniewicz, who sang two original songs. I officially understand why Simon Cowell took such a liking to her. She’s got the kind of potential that will flourish with the right team behind her. I’ve posted one of her X Factor performances below.

“It’s a shame this TV show used to be about our lives and now some lives are just about a TV show.” Dina Manzo, a former cast-member of The Real Housewives of New Jersey on the toxic nature of the show.