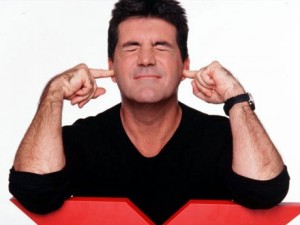 When Simon exited American Idol to launch X Factor, I assumed American Idol was doomed. I based this assumption on empirical evidence from the UK, which saw the demise of Pop Idol immediately after Cowell created X Factor, a move that ultimately resulted in a lawsuit with his former friend, Simon Fuller, who rightfully (in my opinion), claimed that Cowell stole Fuller’s format to launch his competing show. But I spoke toO soon.

When I wrote my original prediction, I had yet to watch X Factor, and from the moment it began I knew it would fail in the United States. First, the format was dated. The cheesy backup dancers barely work for major stars, let alone amateurs. Additionally, Simon Cowell’s personal investment in the show skewed his objectivity, and he traded his signature barbs for sappy critiques that served only to make the show feel fraudulent. He attempted to assuage the show’s format issues with beautiful women as judges, a move that might also work more abroad than domestic. Us American’s know a sideshow when we see it, and if you don’t hire someone with inside experience, all else will fail. To be fair, he did hire L.A. Reid, but unlike Harry Connick Jr., Reid was unable to articulate the intricate issues with each contestant, therefore never fully exposing the extent of his industry experience.

It’s unfortunate that X Factor failed, but with The Voice’s very fresh format and American Idol’s historical brand, it’s impossible to compete. And given Cowell’s recent popularity decline, his personality isn’t enough to save a sinking ship. That being said, I’m sure the guy is crying in a big pile of money. It was fun while it lasted. 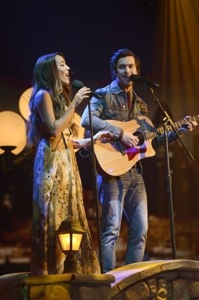 When I began watching this season of The X Factor, it became immediately clear that Alex & Sierra are the ones to beat. They’re the show’s most authentic performers, avoiding all the standard network pitfalls of cheesy backup dancers and sparkly outfits in favor of stripped down songs. The two semifinalists took some time to answer all my probing questions about their journey in the competition and their future plans. Enjoy!

You have a very unique, indie style to your performances. On such a mainstream show, is it difficult to keep your identity intact?

Thank you. We look at it like this; if we perform the songs the way we want to perform them on the show, whether we get voted off for it or not, we’ll leave the show with supporters who like what we do. We came in with an idea of what we wanted to do on the show and we want to leave with as much of that idea intact as possible. Everyone we work with on the show knows we have extremely strong feelings on how we want things to do and they have been really cooperative in helping us grow, while still staying true to ourselves.

I can’t imagine working beside my significant other. I like to keep my personal and professional life private. How do you successfully manage that overlap?

We are just having a lot of fun, and when things are going so well it’s tough to get upset about things. We aren’t really consciously managing our relationship along with the show, we’re just taking things as they come and trying to enjoy all of it.

X Factor is largely predicated on the mentor aspect of the show. What have you learned from Simon Cowell since the show began?

We’ve learned that we should continue to be who we are. It seems as though people in the business like to work with strong willed people who know what they want. And that’s good for us because we really like fighting for what we believe in! We’re grateful that Simon respects our opinions and always wants to hear what we have to say.

Being on a network show almost fast-forwards your journey as artists. How are you dealing with this immediate attention in such a short period of time?

This whole thing is so much fun. When people come up to us in public it’s really exciting, when we see commercials that were on it’s a surprise. We absolutely love this experience, however I think something that has made it easier to deal with such immediate attention is the people that we are going through this with. We’ve made incredible friends with the other contestants and we’re all able to share this new experience with each other.

How tough are you on yourselves after you receive the judges feedback? Do you watch your performances back to discover things you could have done differently?

Alex: Sierra is a little bit tougher on herself than I am, but we also agreed to come on this show knowing full well that we’d get criticized. It’s a new experience to sing and then be immediately criticized after, but we’re dealing with is as well as we can.

Sierra: It was definitely tough to deal with receiving criticisms on national television, but I think I’ve gotten to the point where I know it’ll happen so as long as I’m happy with our performances I don’t take negative responses as “hate” I use them as motivation.

Lastly, have you thought of what you’d like your record to sound like and where you’ll go from here?

I don’t think we know what a record would sound like. I think we’re both just taking things as they come and if the prospects of a record come along then we’ll start diving into that. But as of right now we just want to get through each week!

I like Khloe Kardashian, so I can’t figure out why the possibility of her hosting X Factor is so bothersome. In short, it feels desperate, and it’s extremely unsettling to associate Simon Cowell with the word “desperate.” It’s as if he sat around and methodically tried to hit his ratings mark in every genre. Young person demographic? Check (Demi Lovato)! Huge pop-star on a career down-slide? Check (Britney Spears)! Reality star that people love to hate? Check (Khloe Kardashian)! There was a time when Simon Cowell felt authentic, when he stood for an unwavering favor of quality, when he acknowledged the public’s desire, but didn’t pander to it. Has the guy gone soft? 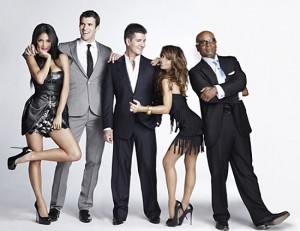 “I respect Nicole and I love her but I think that as a creative executive — Simon, that’s the lane that he’s in, you know?  So that’s when I think I crashed and burned — those last two weeks when I didn’t have his help.  And unfortunately, I wasn’t in his category.  So unfortunately, I had to bite the bullet.” ‘X Factor’s’ Stacy Francis on whether Nicole Scherzinger’s poor song-choices resulted in her elimination from the competition and whether she would have rather had Simon Cowell as her mentor.
If you watch X Factor, then you’re familiar with the excessively pompous Nicole Scherzinger who has made it clear on numerous occasions that she can actually sing. So you can imagine my bliss when I discovered her wretched new single, ‘Try With Me’, where the vocals are nearly unrecognizable amidst an auto-tuned mess. Haven’t we heard enough of this wretched sound? Isn’t it time for evolution to phase out these types of singers? Where’s Darwin when you need him. Listen below. 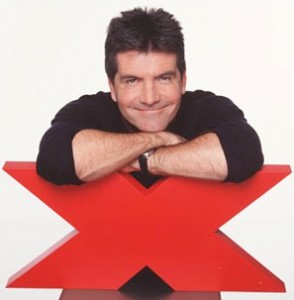 Here’s the history of the Simon Cowell v. Simon Fuller feud in a nutshell. Simon Fuller created a show in the UK called ‘Pop Idol,’ which is where Simon Cowell got his television start. At the time, the Simons were good friends. Cowell then jumped ship by creating ‘X Factor,’ which was basically a rip-off of ‘Pop Idol.’ Since Cowell was deemed a “creator” of ‘X Factor’ (a credit he did not get on Pop Idol), he received a lot more money for the new show. Fuller sued Cowell, claiming that ‘X Factor’ was a rip off of Pop Idol (which it was). The parties settled, and the settlement included Fuller getting Executive Producer credit on ‘X Factor’ (and most likely a percentage of the back-end profit). So here’s where it gets sticky. Simon Cowell pulled the same move twice, by jumping ship on ‘American Idol’ in favor of ‘X Factor’ (note: the same rule applies — Cowell stands to receive much more money because he’s a creator of ‘X Factor’ and he is not a creator of American Idol). Fuller sued, saying that according to their original settlement, he should receive Executive Producer credit on the American version of ‘X Factor.’ Are you ready for Fox’s official response? They said, “His suit seeks payment and credit as an executive producer despite his neither having been approved by the required parties, nor hired, as such. We believe this lawsuit is without merit and we expect to prevail.” Nice try, guys. It’s completely irrelevant whether the “parties” approved him as an Executive Producer or whether he actually rendered any services on the new show. What matters is his settlement. He created a show, his friend ripped him off, and he’s entitled to some dough. That’s the long and short of it.