Skip to content
Clint Eastwood’s son divulged startling details on Watch What Happens Live, candidly confessing that Ashton Kutcher slept with his girlfriend while Kutcher was married to Demi Moore, which was presumably the catalyst for their divorce. While I’m sure there’s more to the story, it’s always refreshing when someone dishes dirt sans Hollywood’s pretty pink bow on top. Watch Scott Eastwood below.
Of all the many movements to support, nudity is certainly not on my top-ten list. Scout Willis, the obviously outspoken daughter of Bruce and Demi, apparently feels otherwise. In response to Instagram’s no nudity policy, Scout strolled naked through NYC, saying things on twitter like, “I’m moving to Europe, people’s victorian sensibilities need to calm the [f-k] down.”

Something tells me Scout spends far too much time on social media, and is in desperate need of a more profound cause of which to bring attention. Instagram is a private entity, and they are perfectly entitled to have personal standards about what they promote. For instance, when I have a dinner party in my PRIVATE home, I ask that my guests show up clothed. Sure the naked body is beautiful, but I’d like to keep my chairs clean.

UPDATE: In an effort to change the world, I’ve joined the movement, and posted a picture of Scout Willis’ TATAS. Next stop — WORLD PEACE. 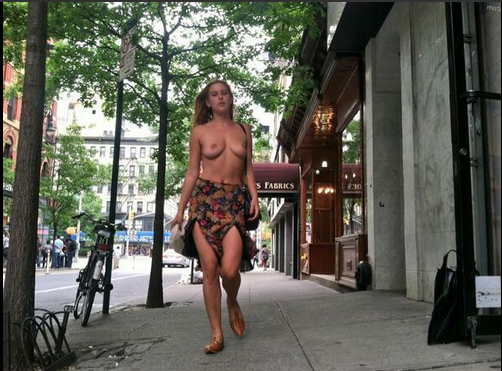 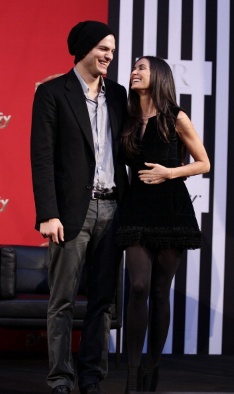 Here at The Dishmaster I like to preach morality. So you can imagine my rage at TMZ’s airing of Demi Moore’s 911 call. These 911 calls need to remain private. It’s deplorable to think that a celebrity cannot ask for help in private. Sure she put her marriage on display thereby inviting the public’s reaction to her divorce. But this is different. Until there’s a law against public access to 911 calls, TMZ needs to maintain their last shred of human decency.

Call me a curmudgeon, but I find it extremely irritating when celebrity couples discuss how happy they are. Despite being a love-hater, I’m also superstitious, which means I wouldn’t dare publicly declare my love for someone on national television (or on facebook for that matter) for fear that the relationship will end, and those statements will be etched in time forever. That doesn’t stop Demi Moore and Ashton Kutcher though, who have been on a love parade since they got married. Watch a clip of their appearance on Piers Morgan below. Try not to get a cavity from the sugar. 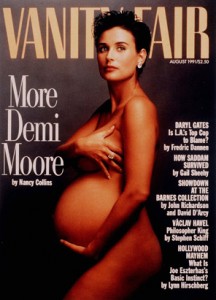 When Annie Leibovitz photographed Demi Moore’s naked and pregnant body for the cover of the 1991 Vanity Fair magazine, it was considered an artistic masterpiece.  It was a feminist statement, which told women everywhere that they could be both beautiful and pregnant at the same time.  Plus, it was original.  Annie Leibovitz is a fantastic photographer because of her unique creative vision.  Since that shot, photographers and celebrities everywhere have copied the idea, and every woman under the sun poses naked while pregnant.  It’s not that I don’t love a naked, pregnant body –it’s that I don’t love copycats, and it’s time to retire the idea.  To see what I mean, click the links below.

There’s something very interesting about the photos from Kim Kardashian’s 30th birthday party — Perez Hilton is there.  Perez Hilton has often bashed the Kardashian sisters on his blog, once going so far as to call Khloe Kardashian an “ugly amazon.”  So does she have a forgiving heart, or is she hoping to stay close to Perez to keep her name on his website?  I surmise it’s the latter.  And the Kardashians aren’t alone.  Demi Moore once threatened to sue Perez for child pornography when he posted pictures of her young daughter’s ass on his website.  Perez then countered with a defamation threat.  You wouldn’t guess that by the twitter love between the two.  Demi posted a twit-pic of herself in a bikini, and Perez responded with a pic of himself a speedo.  Demi playfully retweeted his pic, saying, “I think I started a trend.”  Did she forgive him too?  And what about Lindsay Lohan?  Perez often attacks her on his site, yet Lohan had no problem attending his birthday bash, and getting her picture taken with him.  Nothing says forgiveness like getting your name mentioned on a high-traffic blog.