Skip to content
Khloe Kardashian is by far my favorite Kardashian. In fact, she might be the only one I like at all. If you watched Kim Kardashian’s wedding special, then you would have seen Khloe tell Kim about her dislike for Humphries, and she even directly addressed her feelings with Humphries himself. When Kim’s marriage fell apart, Khloe somehow refrained from saying, “I told you so.” Watch Jimmy Kimmel ask Khloe about Humphries below.

Gotye is on his way to super stardom and it’s all because of his song, “Somebody That I Used to Know.” We can all relate to feeling as if the love of our life has become a complete stranger within an instant. Plus, Gotye made the brilliant choice of adding the girl’s perspective to his song. Watch him perform with Kimbra, who I have to give major fashion props to. She looked incredible.

Maksim Chmerkovskiy and Hope Solo skipped their Dancing With the Stars post elimination tour, and I have a feeling ABC had something to do with it. Though there’s speculation that Solo and Chmerkovskiy are “sore losers” for their absence on Jimmy Kimmel and Good Morning America, it’s likely that these post-elimination appearances were built into their contract, which means they are either in breach, or ABC decided that their sour attitude would make for bad publicity. The latter makes more sense. It’s also startling that Chmerkovskiy feels so comfortable soiling his status with ABC, especially considering his per-episode payday. Given the headache he’s caused the show, I would not be surprised if he wasn’t picked-up for next season. Here’s hoping he’s saved his money. 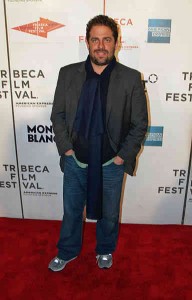 If you’re a fan of The Dishmaster, then you’re well aware that there are certain celebrities on The-Dishmaster-Sh*tlist. One such celebrity is Brett Ratner, who I personally know is the world’s biggest douchebag. I’d tell you how I know this information — but it would divulge my source — and real journalists know how to keep secrets. But just in case you doubt me, I’ve posted an interview with Brett Ratner on Jimmy Kimmel, where he told a disturbing story about how he and Michael Jackson threw water balloons at a homeless man — because . . . you know . . . that’s such a funny thing to do. Isn’t it great to torment the mentally ill?

External Resource: It will take a large team of people who have received human resources degrees online to get Brett Ratner to work well with other people.

Tonight was a big night for Britney Spears. Though she’s appeared on different shows, she has yet to perform at an awards show since the MTV Video Music Awards debacle. When I first heard she’d be performing at the Billboard Music Awards, I thought it was a tabloid rumor. Then I heard the details, and it immediately became clear. Rihanna carried it, and Britney did a brief, one minute performance. Overall, it was fine. Since I’ve attacked Britney Spears for her lack of choreography, I’d like to note that Rihanna’s performance indicates that choreography isn’t essential to success.
END_OF_DOCUMENT_TOKEN_TO_BE_REPLACED

I promise that this is my last post about Britney Spears’ choreography.  I’ve said it twice already, and I’m only saying it a third time in hopes that her people come across this blog and fix the issue.  I have no idea why Britney Spears cannot dance anymore.  I originally thought it was nerves, but I’m starting to think she lost her edge.  I know her album is great, and I’m still a fan.  But there is an astronomical difference in her dance quality from when she first entered the business versus now, and it’s almost bizarre.  Has she forgotten how to dance?  Her choreography is incredibly easy, and her movements still aren’t crisp.  She’s walking around the stage while occasionally moving her arms around.  I’ve always defended her lip-syncing, because it was virtually impossible to sing live while executing her dance-heavy movements, but at this point, there’s no excuse.  Either sing live while surrounded by professional dancers, or actually dance.  It’s one or the other. Watch her appearance on Jimmy Kimmel below, and then watch her vintage David Letterman appearance to see the difference. 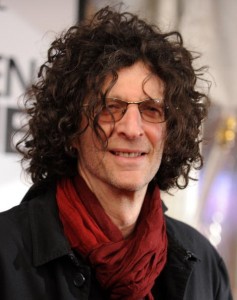 Stern fans everywhere likely know why it’s so hilarious that he played Louie Louie on Jimmy Fallon.  For those that don’t listen to his show, aside from being ashamed of yourself, you should know that  Jimmy Kimmel threw Howard Stern a party the last time Stern visited Los Angeles, and Stern took great pride in playing Louie Louie with the other musicians at the party.  It’s apparently the only thing he can play, so it only makes sense that he’d break out his best hit for his Fallon appearance. Stern revealed during his interview that he’s only there to promote the new Sirius phone app, and he’s finished with talk show appearances altogether.  “It’s a lot of pressure to come out here, he said.  What, I gotta prove  myself to you?  I mean come on, really”  Since Jimmy Fallon is such a huge Howard Stern fan, he didn’t take offense.   I’m absolutely positive that we’ll see Stern on again, despite his retirement declaration.  His curmudgeon proclamations are always temporary.

Jenny McCarthy loved to talk about Jim Carrey while they were together, and she still loves talking about him while they are apart. You would think that when they broke up Jim was done having his relationship splashed across tabloids. McCarthy’s latest confession is that her current fling with James Toohey is the first time she has been “open and truthful” in a relationship. This reminds of Sarah Silverman’s confession that her current boyfriend is the “first guy to tell her she’s pretty,” followed by a subsequent denial that she was taking a dig as Jimmy Kimmel in the press. Is this seriously necessary? You don’t see Jim Carrey doing an Oprah interview discussing how his relationship with Jenny was “no longer fun anymore.”  Do you notice that it’s always the less famous person who spills the relationship secrets?

Jon Stewart and Stephen Colbert will stick with Comedy Central at least until 2013.  It’s a good thing too, considering they’re the only real news stations left.  They will soon go up against Conan O’Brien on TBS, which everyone is making a big deal about because they are both cable comedy shows.  I don’t think it really matters though.  Stewart and Colbert have a very specific audience that doesn’t really overlap with O’Brien’s audience.  The interesting fight will be Letterman v. Leno v. O’Brien v. Kimmel.  Oh yeah – who can forget Chelsea Lately?  Just put all the late night folks in a big pit and let them mud wrestle.  That’s how I solve everything.